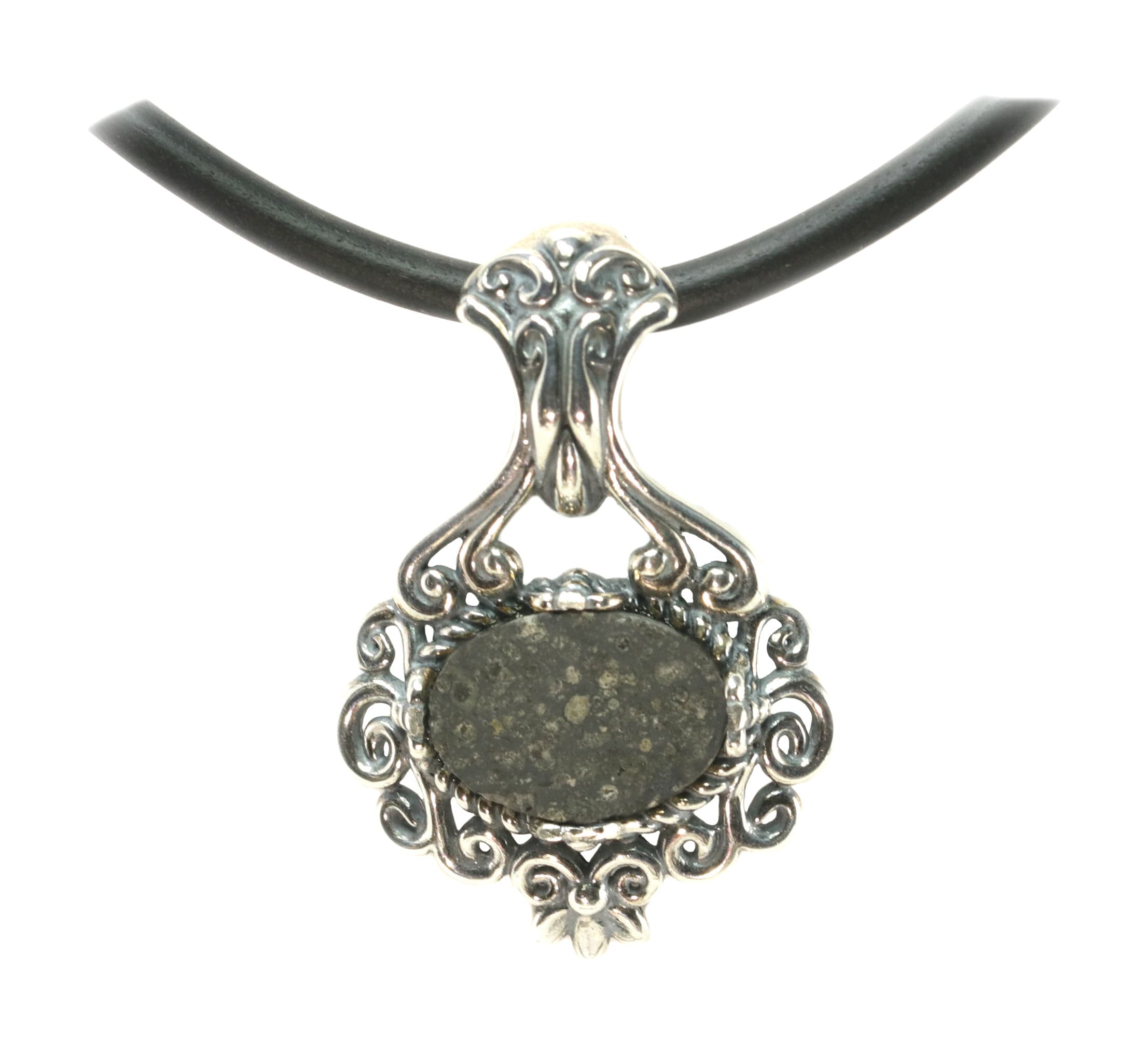 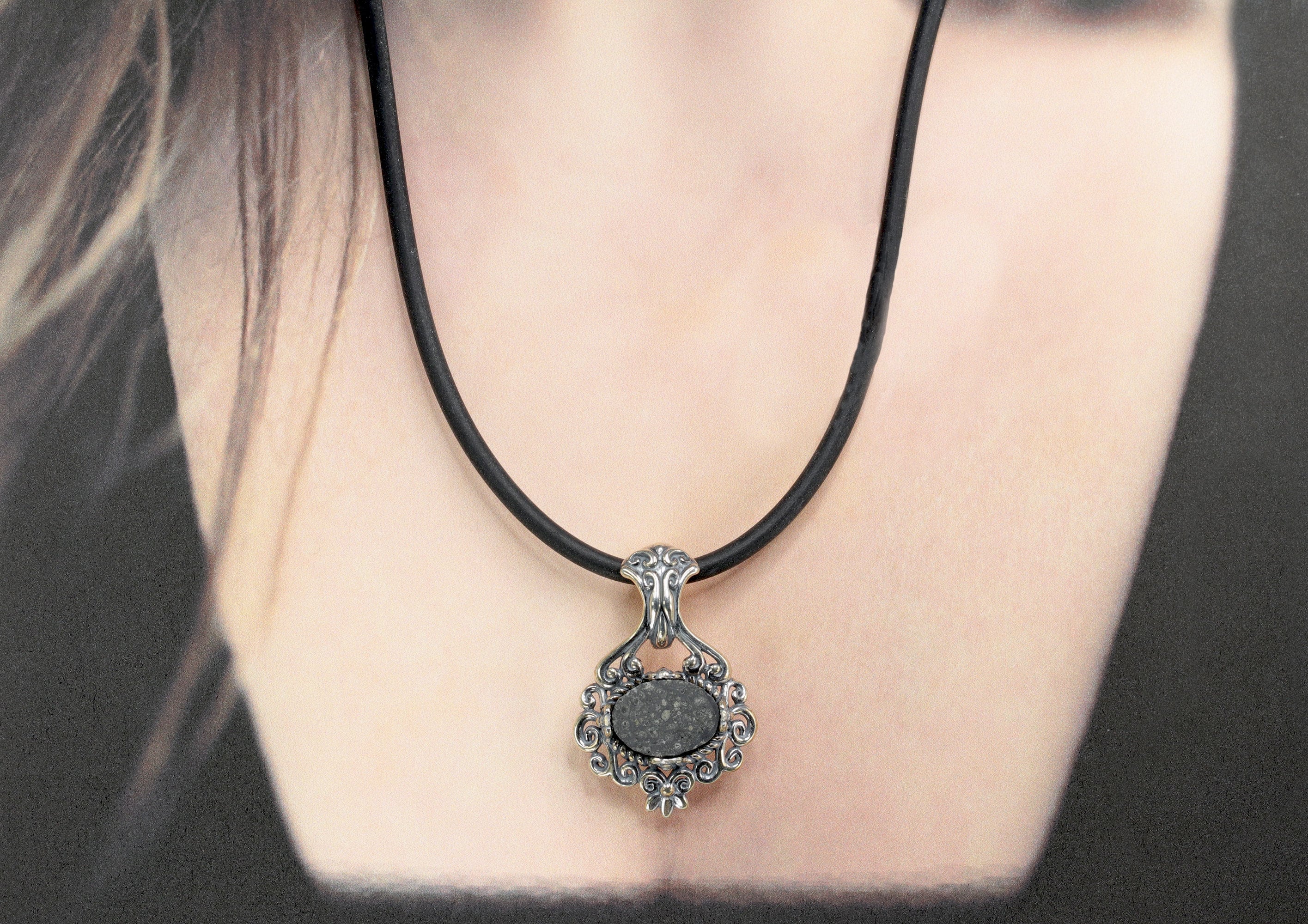 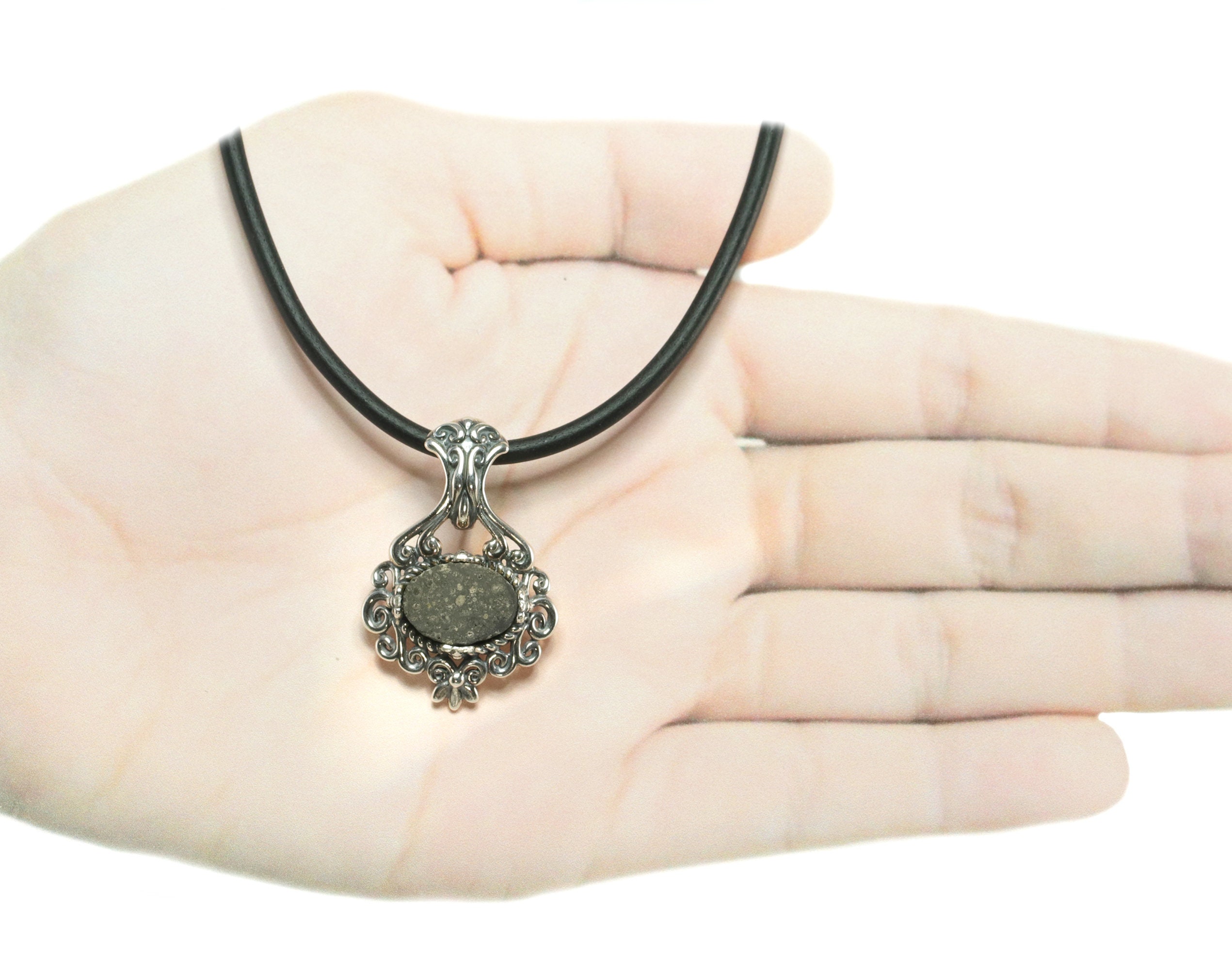 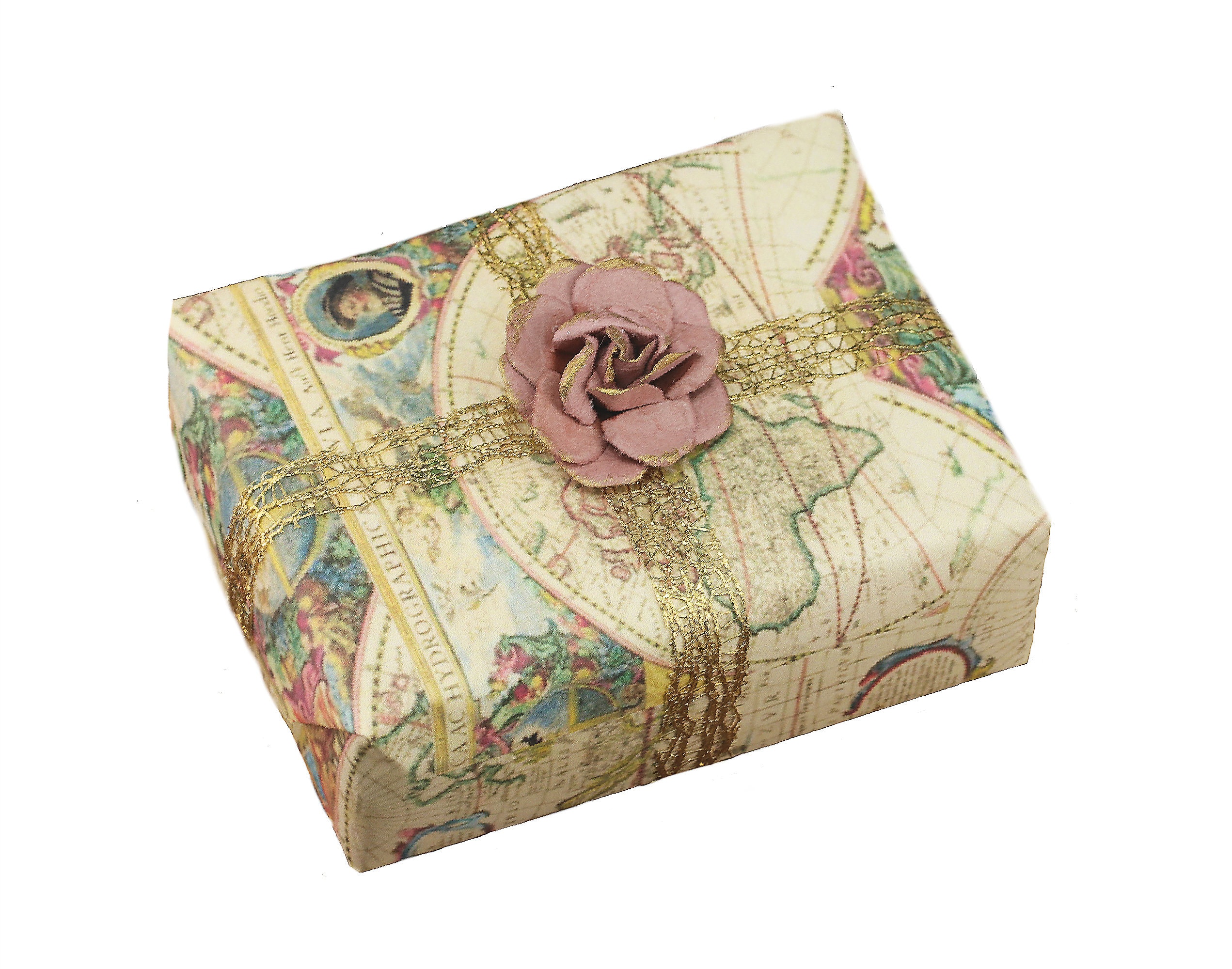 This meteorite jewelry contains famous Allende meteorite. It has been set into this attractive oxidized sterling silver Victorian scrollwork pendant necklace and accented with a black cord chain.

Meteorites are rocks from space. We chose Allende meteorite for this setting because it is one of the most significant meteorites to have landed on our planet. It created a huge fireball as it plunged through Earth's atmosphere on February 8, 1969. It shattered into fragments that rained down over an area near the town of Pueblito de Allende, Mexico. Townspeople, scientists and explorers have been collecting it ever since.

The Allende meteorite is not known for its beauty but for its scientific value and cosmic significance. This meteorite is very rich in small nano-diamonds which are far too small to see with the naked eye. The Allende meteorite also contains Calcium Aluminum Inclusions, or CAI's. These are white in color and are easy to see. CAI's predate the age of our solar system. In fact, they could have formed around an ancient supernova which at the end of its life spewed out material that eventually became incorporated into Allende.

It is fascinating to think about how the material in the Allende meteorite contains pre-solar material that is literally "stardust."

Size: 1" W X 1 1/2" H X 1/2" D. Arrives with a Certificate of Authenticity, quality velvet jewelry box with information about the Allende meteorite. The chain has lobster claw clasps and with the cord length choices of: 18, 20, 22, 24 inches.

This is rare, quality meteorite jewelry! It makes a wonderful gift for a birthday, anniversary or for someone who enjoys learning about astronomy, geology, and chemistry, and how they are interconnected.